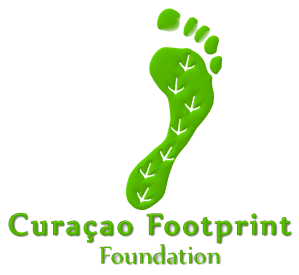 ‘New kid on the block’

In the week of September 14, we received a Facebook message by Rob Wellens (Curacao Backyard Birding) saying; ‘Cattle Tyrant at BB’. Our birdwatcher’s hearts started beating faster. A Cattle Tyrant, a bird mentioned in the bird books for Aruba, Bonaire and Curaçao (both from De Boer / Newton/ Redstall and Wells / Wells), but only because this bird has been spotted a few times in Aruba, but never so in Curaçao. At least it was never officially recorded for Curaçao.

So we went to the mentioned location in search of this new beauty for 2 days in a row, without luck. On Monday morning, September 16, we visited the aforementioned place again, as our colleague Rob saw him there again and again, in the morning hours, more or less at the same place. So instead of in the afternoon, we followed his example, and went in the morning that Monday. While we observed several Barn swallows resting on the ground, a bird almost literally fell from a nearby tamarind tree. To our minds something was off with the bird, at first the animal looked like a Tropical mockingbird or Chuchubi (as its called in our local language Papiamentu), which had ended up in a pan with curry. Exactly as Rob described him. A ‘chuchubi’ with a yellow belly and neck. The Cattle Tyrant treated us to a true show in which the animal was eating one after the other insect, picking them from the grass, while running back and forth.

The ‘Veetiran’, as the animal is called in Dutch, is a member of the tyrant family or Tyrannidae (flycatchers) and is therefore more family of the Gray Kingbird than of the Tropical mockingbird. In addition to the bright yellow belly, the long legs and red eyes are striking features. There is hardly any difference between the males and the females, so we do not know of what sex this bird is.

The species is found in northern South America, Venezuela and Colombia and loves open grasslands and savanna-like areas. It is therefore not surprising that the animal feels at home on the open grass surfaces of a golf course.

The birds hunt for insects and often sit on the back of cows and other cattle in their normal habitat. A great vantage point to see the insects ‘spooked’ by the moving cattle. 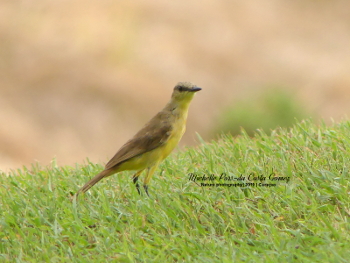 Another lifer on our birdlist.